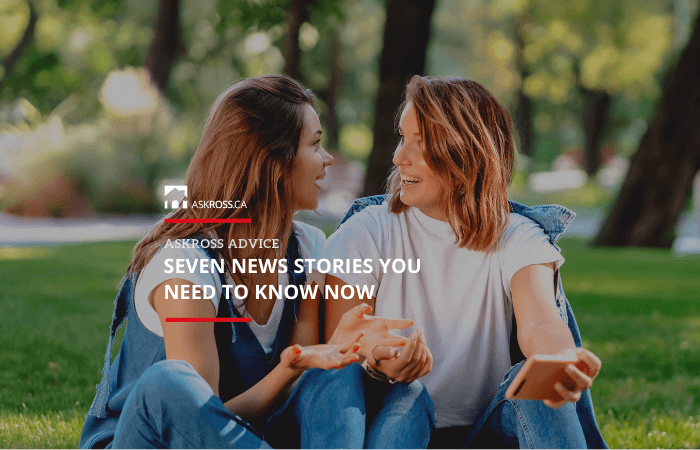 There are some pretty hot button finance news stories right now, from interest rates on the rise to buying pot with your pinot. Here are the top new stories – according to Ross – pulled from the September 2017 headlines.

Not shockingly, the top news story in my books, the falling home price. The average price for all home types was $732,292, making August the fourth month in a row the average home price in the GTA has fallen since hitting a record $919,086 in April.

And if four little bitty months does not sound like much, keep in mind that is a 20% price decline!

It’s not uniform across the board. Some pockets of the GTA are outperforming others. Right at Home Realty’s Robin Scott tells us that homes in the 905 area code are doing better than the 416 area code. Here is a short summary prepared by Robin:

And as is always the case when the market declines, tall timber falls hardest and fastest. Luxury homes are feeling it the most, while condos and to a lesser extent town homes are outperforming the market as a whole.

But let’s do the math. If you bought your first home in the spring of 2017 and put up less than 20% down payment, your mortgage balance is quite possibly larger than the current market value of your home.

“Buyers and sellers now have come to the conclusion that what we were seeing in B.C. and Ontario prior to the correction was quite an aberration, very unusual and clearly quite unsustainable”.

The Financial Post Business Report states growth is going to slow down considerably (glacial growth) over the next five years. Silver lining is more of the younger generation will have a chance at home ownership.

3. The Bank of Canada surprised everyone with an unexpected ¼ % interest rate hike last week.

This led to chartered banks immediately raising their prime lending rates, causing variable ratemortgages to rise for the second time in several weeks.

4. Stress Test on ALL mortgages might be coming our way.

Last October the government put in place a so called “stress test” for hi ratio mortgages. This meant that regardless of your actual mortgage contract rate, to qualify your debt service ratios needed to work at 4.84%.

This was arguably the first chink in the armour of real estate values country wide in several years, as affordability was reduced by roughly 20% for all such buyers. (Is it a coincidence the market is now down 20%?)

The news story of interest to the wider group being, the other shoe may drop as soon as the end of September, 2017. There is a proposal afoot to make this stress test mandatoryfor all mortgages – even those where there is tons of equity!

“It could be the biggest rule change of all-time,” said Rob McLister, one of Canada’s foremost mortgage industry experts.”

5. Now the Financial Post says Toronto home prices are in a bear market

This breach could affect up to (an astounding) 143 million people in the United States has also exposed “limited personal information” for an undisclosed number of Canadians.

Within 3 years the province of Ontario plans to distribute legalized recreational #marijuana where you buy your craft beer. I must be showing my age, because I just don’t see how this is a good thing. Click To Tweet