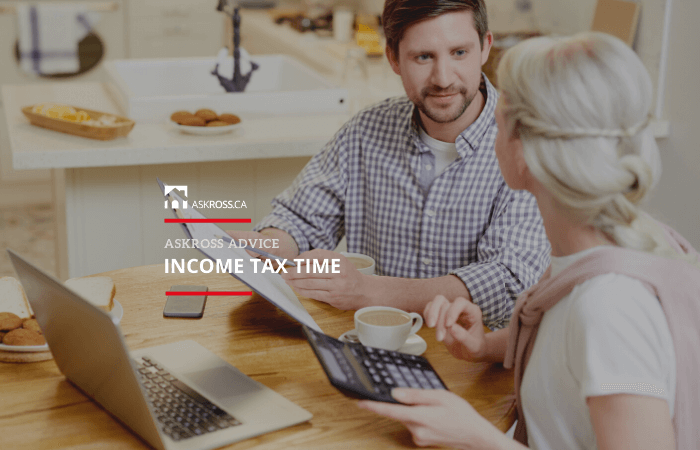 If you’re getting income taxes done, you need a great accountant

There are a few things in life we all covet dearly – like a trusted auto mechanic, a great family doctor, or a dry cleaner who actually removes stains, etc. For me, you can add my tax accountant to this list.

In one of my favorite Seinfeld episodes, there were always lineups outside the store of the Soup Nazi – because the soup was so damn good. It’s the same for George, the Tax Nazi.

There are a few things in life we all covet dearly – like a trusted auto mechanic, a great family doctor, or a dry cleaner who actually removes stains, etc. For me, you can add my tax accountant to this list.

In one of my favorite Seinfeld episodes, there were always lineups outside the store of the Soup Nazi – because the soup was so damn good. It’s the same for George, the Tax Nazi.

My guy has been looking after me and my businesses for ten years now. He was just starting out when we first hooked up, having spent several years prior working within CRA as a tax auditor.

Even in the early years, when money was tight, George had exacting standards as to who he would take on as a new client. Now that he is uber-successful, these standards are a source of exasperation for many, and a constant source of entertainment for me.

I now understand that with me, he was unusually patient in the beginning. I would meticulously prepare and categorize every receipt, sometimes replicating receipts, invoices, and statements to make things easier for him if I felt an item might require inclusion in more than one section. 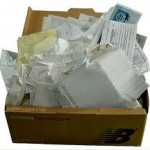 I would prepare detailed, cross referenced spreadsheets on many sub topics. I would annotate my bank statements with explanations and colorful highlights for unusual items.

Being a controlling type person, it was second nature for me to prepare this road map for my tax preparer. I had always done things this way – and no one had previously challenged me.

George would accept my banker’s box with a knowing smile, and call me back to his office a month or two later. After asking a few clarifying questions and making last minute adjustments on his computer, he would then simply print out my returns with all accompanying schedules, and tell me where to sign.

Not so fast, I would say. Let’s look it over together. Did you consider this spreadsheet? What about these receipts? Don’t forget this kid is still in school, and that one is overseas. That was an intra company transfer of funds – not income. These LCBO bills are for a client party I hosted, etc.

The first few years, George patiently answered all my questions, while making no effort to make further changes to his work. As far as he was concerned, he was done, period. He respected my tax knowledge, so he listened to me. But as far as he is concerned, your taxes are done the way HE wants, not how you think.

As time went by, I began to relax about this. Our taxes payable were always less than expected; our corporations never had any hiccups; and anytime CRA sought additional information, George would take over and manage the issue to completion, never charging an additional penny – no matter how complex the matter. 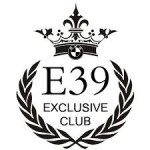 I began to refer other family members and my clients to George. They too were always delighted with his work, and began to boast to their social network about “their guy.”

Now that his business is highly successful, George has allowed his ‘inner eccentric’ to fully surface. He refuses new clients now as a matter of course. And clients who fail to follow his rules are fired without explanation.

Only if you are my blood relative, and you can work within his exacting relationship parameters, then he may consider taking you on – after all, a few spaces open up each year due to client mortality.

The unwritten rules of one great accountant

What made this accountant so great? 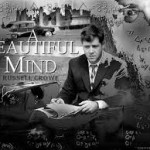 He has a brilliant mind, and is always on top of the changing tax landscape. He knows exactly where ‘all the bodies are buried’ and what is the best way to present any situation to CRA.

He is 100% dependent and reliable. If he says he will do something, it will be done.

When you pick up your returns, he returns all your supporting documentation and tax returns back to you in clearly labeled, highly organized binders. You can tell at a glance what was used where, and which information was of no use.

You may not understand any of it, but he explains everything he has done, in an unhurried fashion. You may even enjoy some small talk!

Every year around the holiday season, he sends out a personalized card with a check list of everything you have to prepare for him, and notifying you of the date and time of your two appointments. (This allows you to cancel your winter vacation if there is a schedule conflict)

His prices are actually very reasonable – in fact I chide him for not charging enough. He’s the best I ever worked with – and would be at double the price.

He’s a very nice guy, quite charming – just fiercely dedicated to his craft. He is an avid outdoorsman. I have seen lame geese and ducks, a wild boar, and even a beaver in his back yard – all of which he nurtured back to health before releasing them back into the wild. 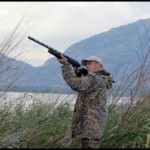 He even took me skeet shooting one day, and he had reluctantly given me his cell phone number to ensure we met up at the right place. A couple of months later I called his cell about a tax matter – he freaked out over the phone, demanding to know how I got the number. Next day, he changed his cell phone number. Fortunately though, he did not fire me.

Note: I wrote the above article in the height of the 2012 tax season. Little did I know that George would fire me one year later, for reasons still unknown to this day – won’t return calls, emails, or faxes. Ah well, I can’t say I wasn’t warned!

Signup for COVID-19 Updates Via Email

We'll send you an email with newly published updates to our COVID-19 newsfeed with important financial, real estate, and government program information.

​Get COVID-19 Updates Via Email

​Signup for COVID-19 Updates Via Email

​We'll send you an email with newly published updates to our COVID-19 newsfeed with important financial, real estate, and government program information.

Your name has been added to our COVID-19 updates mail list. To ensure receipt of news and helpful information, please be sure to whitelist [email protected]

Thanks for placing your trust in us to answer your questions.