What Are The Different Types Of Consumer Proposals?

Acknowledgement: Many thanks to Karen Adler, CIRP, who reviewed and improved this series of posts. Karen is a federally-licensed Trustee in Bankruptcy with Rumanek and Co.

Karen has contributed to the educational materials and development of the national CIRP Qualification Program for trustees, and conducts seminars on bankruptcy and consumer proposals for CAMH’s Problem Gambling Institute.

Today we are talking again with Jordan Rumanek who is a licensed Trustee in Bankruptcy and Administrator of Proposals whose firm Rumanek & Company Ltd. processes well over a thousand insolvency files each year in the GTA.

We want to understand more about the different types of proposal available to debtors and help readers understand that trustees can help people of significant means too.

Ross: Suppose someone makes a proposal to their creditors using your services as an administrator of consumer proposals, and the proposal is not accepted. Does this mean they must automatically declare bankruptcy? Can they withdraw the proposal and simply get on with life as before?

Jordan: Withdrawing the proposal right away is not always the best choice. The proposal documents contain the debtor’s current address, employer and the details of their assets, 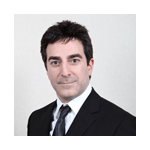 so they may be more vulnerable after a proposal is filed than they were before.

Of course, there is the bankruptcy option as well.

Ross: There are two types of proposal are there not? Who would be best suited to a Division I proposal?

Jordan: Yes, there are two types of proposal in the Bankruptcy and Insolvency Act. The majority are simply called consumer proposals, and cater to most debt situations. But if a debtor has debts greater than $250,000, not including the mortgage on their principal residence, then the Division I proposal alternative kicks in.

The process of a Division I proposal is a bit more complex, but the essentials are the same. Once the proposal is approved, and as long as the payments are made, bankruptcy can be avoided.

Remember, proposals of either kind are especially attractive to those who have significant assets which they want to hold on to. It’s a myth that you can only find debt relief if you are poor.

Ross: Good point Jordan. Some perceive that people who require your services as being on the “low end of the food chain”. Can you share any evidence to the contrary?

Jordan: People require the services of a trustee because they cannot repay their creditors. Low income may be only a part of the reason, but a better measure is whether a person has the means to pay what they owe. The amount of debt is also an important factor, as are the family expenses and day-to-day spending habits, lifestyle, etc. We often see professionals who have a very good income, but their debt to Canada Revenue Agency for personal income taxes may be huge.

It is common that people incur debt on their credit cards, trying to keep up with the pressure of maintaining a home and a certain standard of living. When one card is maxed out, they get another, perhaps with the intention of a balance transfer at a lower interest rate, and before you know it, they have seven credit cards, two lines of credit, a mortgage and two car payments. These people are in tremendous debt stress, and any life-altering event like a new baby or job loss can tip them over the edge.

Sometimes we see people who are in a financial crisis, who have been, for example, borrowing money (sometimes from credit cards) to meet their mortgage payments for more than a year. In these cases we try to help people evaluate whether the benefits of home ownership are outweighed by the constant struggle to find money for mortgage payments, taxes, repairs, and utilities. It can be a painful discussion, but we feel a responsibility to lead people to a future where they are free of their burdens, not carrying the same ones as before.

Ross: But in general, would you say that people with debt problems tend to be lower income?

Jordan: We live in a very expensive, acquisition-based culture, and it is the nature of credit to encourage more spending than a person can repay. Ask a person with a large home and two cars, they may still say they are barely making ends meet. A person working minimum wage may only have access to $10,000 of credit, and that debt may be impossible for them to repay if they are laid off or get sick.

A two-income family may have access to, and use, $200,000 of credit, but if one of those jobs is lost, the family is in the same impossible situation. In general, though, we mainly see average people with average incomes, who have tried everything to pay back their creditors, and just cannot cope any longer with the mounting bills.

Ross: Are there some professions which do not allow you to declare bankruptcy? For example, a chartered accountant, lawyer, doctor, etc. How can such people get relief from an oppressing debt load?

Jordan: Bankruptcy does preclude a debtor from using trust accounts, which would not be a good thing, say, for a lawyer. This is one instance where a proposal is perfect. Also, last time I checked, many professional associations only ask if a member or prospective member has declared bankruptcy, not if they have filed a proposal.