Apply For a Mortgage
... Pay off huge debts with home equity" />

Got Huge Debts? Home Equity may be the answer!

A lady called me a few weeks ago inquiring if she was a bankruptcy candidate. She and her husband were in serious arrears on their property taxes – over $25,000 – and their municipality was threatening foreclosure. Compounding the stress was around $100,000 in unsecured debts – credit cards and personal lines of credit.

An Ace In The Hole

“Bingo”, said I. This looks relatively straightforward now. They could break their existing first mortgage; pay off the tax arrears AND all the unsecured credit; even put a little extra on the side; and come away with no debt stresses; one simple monthly payment at a very low interest rate (2.4% if variable, and around 2.99% if fixed) and life would be good again. 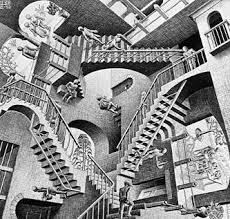 The bad news is the lady could not see this was the winning approach. Why? Well, they had just renewed their first mortgage a few weeks prior into a one year term with their bank. There had been no discussion about any of the above matters – not tax arrears nor credit balances. The banker advised the couple they could refinance in six months time if that was what they wished.

Also, the lady had contacted the municipality and been granted an extension till July 2011 or so to pay back the property tax arrears. She was hoping they would come into some money in the interim – they were waiting on a lump sum payment representing ten years of a specific tax credit for her and her husband.

All in all, she preferred to see if that would pan out first – thinking she would then be able to solve her property tax arrears problem and delay dealing with the unsecured credit balances till later in the year when her banker says they can refinance without hassle.

This is fuzzy logic in my opinion, though.

Why Home Equity Would Have Solved Their Problems

I did not get to see any statements for the outstanding credit, but typically the minimum monthly payment required on unsecured credit is 3% of the balance owing. One or two lenders might charge interest only (eg: Royal Bank) and one or two may charge say 2% per month (eg: Scotia).

Interest rates vary widely too – the line of credit could be as low as say 6% and the credit cards could easily be 18.5%. Let’s say the monthly interest burden on these credit balances is $1,200 (averaging a 12% interest rate)

By waiting a further six months before refinancing, the couple will need to come up with anywhere from $12,000 to $18,000 cash flow to make the minimum payments on their credit balances. Included in those minimum payments is $8,400 of “wasted” interest repayments.

But if they elected to refinance now, the penalty on the existing mortgage would most likely be simply 3 months interest – around $2,000. Their monthly mortgage payment would increase by around $550 – and they would be so much further ahead – financially and emotionally – as compared to “do nothing and wait”.

Times like this I feel I have failed in my calling. I have not been able to impart my knowledge and experience to someone who would obviously benefit. Hopefully, they will reconsider this month and do the right thing.