Brian and Susan have down sized their home three times in the past two years. Brian used to be a self employed website designer, making close to $100,000 per year, but business dried up when the recession was in full force, and he finally accepted a job in an unrelated field paying $42,000 in 2010.

He also works part time at night stocking shelves in a local grocery store, and Susan collects $1,094 each month from the various child care benefit programs. Altogether, they bring home around $4,100 after deductions each month.

They have three small children under the age of eight, and Susan has been a full time homemaker since the birth of their first child. 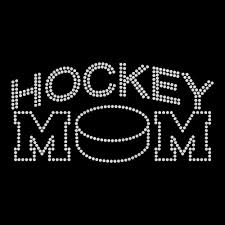 They have few extravagances, except when it comes to their children. The two boys are in organized hockey programs, and their daughter takes frequent dance and figure skating classes.

Many parents can relate to the cost associated with such programs. The price tag is around $15,000 each year for this family. This is around 30% of their net income!

It doesn’t take a CFP designation to understand they are spending way more than they earn – hence the need to downsize their home and remove equity on a regular basis.

What can be done to get this family’s budget back on track?

Susan recognizes she should go back to work as soon as possible. This comes with its own headaches – juggling work, after school care, the home etc, but Brian cannot work more than he is at the moment.

They figure once Susan begins working, they will be fine – if they can only clear up their unsecured debts. I am not so sure about that.

Renegotiating their first mortgage was an option, but the penalty to break it would be $12,500 – and then their new mortgage would be hi ratio – requiring an $8,500 mortgage insurance fee added onto their mortgage balance.

They then looked at leaving the first mortgage alone, and arranging a second mortgage, using the proceeds to pay off the unsecured debt.

They were quoted a second mortgage for $38,800, which after lender fees, broker and legal fees, would leave them with $32,200. Enough to pay off all the other debts. Their monthly payment on the new second mortgage (even at 13%) would be $420 versus the current $965.

Going with the second mortgage would be like putting a band aid on a broken leg.

They then began to think about moving north out of the city to Barrie, and buying a cheaper home once again. But still mortgage penalties, and they are worried about the disruption to their children’s school and social lives.

When I put together their present monthly budget, it came as a shock to them to see how they “planned” to live each month.

Without any car payments at the moment, they are spending at least $2,100 each month more than they earn. $965 of that being minimum payments on their credit cards. And as we all know, unexpected things always pop up – home maintenance, car repairs, special occasions etc.

I suggested it was time to put an end to the downward spiral of their personal finances, and try a fresh approach. This would necessitate some tough decisions. Like taking the kids out of their organized after school activities and saving more than $1,000 per month.

Like reducing their monthly living expenses – $1900 plus utilities is too much for a family earning only $4,100 per month.

This may also mean selling their new home, paying off all debts, and moving into a rental home. That would leave a cash reserve and clear all their debts. Or making the move to Barrie or thereabouts, and once again taking out equity from their home to pay off their debts.

But under any scenario, they need to be operating under a balanced budget. Simply put, some combination of increased family income and a reduction of family expenses. If that does not happen, they will simply be “rearranging the deck chairs on the Titanic.”

That is, the ship is going down no matter what.