When your home is less valuable than your mortgage

Last month, a friend referred a couple to me who had just received a mortgage default notice from their mortgage lender. The lender’s letter stated they “will not grant any further extensions of time for payment of the arrears. Partial payments are not acceptable and WILL NOT STOP the legal proceedings.”

Mr. and Mrs. Stunned had been living in their house more than twenty years, and they were panicking at the thought they might lose it any day. (They had forty days from the date the eviction notice was issued)

Back in May, 2011 the wife had entered into a Consumer Proposal (CP), whereby she agreed to pay $700 per month for 48 months. This was to grant her relief from a staggering $101,000 of unsecured debts.

Further, her husband had also entered into a CP, whereby he agreed to pay $300 per month for 60 months, in relief of an additional $43,000 of unsecured debts.

All in all, they had agreed to pay back $60,000 – from an original total debt load of $144,000. There would be no further interest payments, and as it is a court ordered process, they would gain immediate relief from their unsecured creditors.

Yes, these mandated payments seem high, but when you consider she made more than $92,000 last year, and he made around $30,000 in 2010, it kinda makes sense. And the minimum payment on their debt prior to the proposal was over $4,000 per month!

And this way they were able to keep their house, and have a chance to rebuild with a fresh start. But four months later, something had gone horribly wrong, and their house was at risk.

I reviewed their papers, and back in May when they entered the Consumer Proposals, their house value was pegged at $325,000. Their mortgage was $310,216 – so there appeared to be some equity there.

They told me they felt their home was worth much more – “you should see the upgrades, Ross.” I get that a lot – everyone looks at their home value through rose tinted glasses.

They asked me to find another mortgage lender so they could transfer their existing mortgage, and keep their home.

This would be a tall order, even if the value is there, since lenders are not waiting eagerly to assume mortgages for people with serious debt issues like Mr. and Mrs. Stunned.

The first thing to do was get a sense of the actual value of the home. I contacted Jeff Montaigue, a trusted friend who works with the Mary Roy Team at Remax in Whitby. He did some research, and reported back that his findings were not encouraging. It seemed values had actually declined in their area over the previous two years.

He then visited the clients in their home, checked things out for himself, and threw himself into more research. Meanwhile, the lenders’ lawyers were adamant there is equity in the home.

The default notice had tagged on a mortgage penalty, and legal fees etc., so in fact they were demanding payment of $320,547.

Jeff’s analysis concluded with an estimated selling price in the high $280′s. After paying legal fees, realtor commissions, and a mortgage penalty, Mr. and Mrs. Stunned WOULD HAVE TO PAY as much as $50,000 just to sell their home.

Now imagine how our clients felt – just four months after “cleaning up their debts”, they effectively receive an eviction notice, and in the process of pursuing alternatives, find out that they could get stuck with an additional $50,000 in fresh debt!

I urged Jeff to double check his findings. Surely there must be value in the home? Where did the trustee’s May 2011 value of $325,000 come from?

Jeff came back with the news there are environmental concerns with the area the couple’s house is built on. There had previously been a battery plant on the land, and there were now reports of acid leakage into the soil. That’s why even the municipal property taxes valuation on the home had decreased each of the past two years.

No there was no doubt. The house is “under water”. That is, the present mortgage is higher than the value of the home. 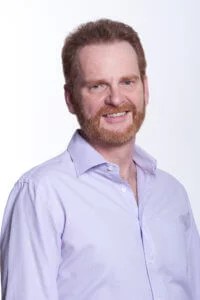