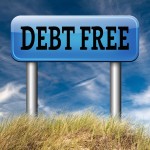 When Bank Said ‘No’ to Mortgage Renewal Because of Consumer Proposal, Switch to Alternative Lender and Early Proposal Payoff Provided Debt Relief and Improved Cash Flow

It seems to be happening more often these days where chartered banks might not renew the mortgages of borrowers who included the bank’s credit cards and lines of credit in a consumer proposal or personal bankruptcy. Earlier this year Cindy and Miles Baird were in distress over their upcoming mortgage renewal in October.

Although their big bank mortgage was in good standing, the bank had already told them they would not renew, because Cindy was currently in a consumer proposal, and the bank had been dinged as a major creditor.

I could see lots of equity in their home, so I was sure we could place them with an alternative lender in October, provided of course they paid off their consumer proposal early. They wanted an idea of what the rate might be at that time. I suggested a competitive rate for a one year term.

Back in April, their credit scores were in the mid to high 500’s. They also were maxed out on some consumer debt. They wanted to take action then and there.

So we arranged a $75,000 private second mortgage with a monthly payment of $593. This paid off the consumer proposal completely; paid off their unsecured debts; and also freed up money to do some long overdue home renovations.

It also actually improved their cash flow. At the time, the consumer proposal payment was $400 monthly, and the minimum payment on their credit cards was $480. So their monthly expenses went down immediately by almost $300.

You, too, can potentially pay off your #consumerproposal and improve your cash flow by taking on a private second mortgage! Click To Tweet

This also allowed us time to begin rebuilding their credit scores over the next few months. By September, Cindy was up to 648, and her husband to 633.

The mortgage renewal date of October 14, 2016, was approaching rapidly and now the task was to find a lender who would take on their existing first mortgage ($383,000), their second mortgage of $75,000 and also an extra $27,000 or so to continue the home renovations. 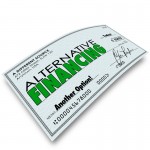 Whereas no big bank would touch this mortgage application, the alternative lenders were all anxious to win their business! We settled with XCEED mortgage corporation, who offered a two-year mortgage for $485,000 at a very competitive rate.

The Bairds are very happy and relieved to know all their debt woes are now behind them and their home renovation project will be totally completed.

They will follow through with their credit history rebuild program we designed for them and in two years when this mortgage matures they will be back in the world of “A lenders” and best rates possible. This could not have happened if they had not taken the initiative to pay off the consumer proposal early.